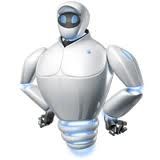 There are a vast number of system optimization tools out there for the Mac.
Normally, at best, they do nothing at all and at their worst they ruin your Mac.
Normally this isn’t an issue because these tools don’t advertise themselves very well and many people don’t know anything about them so the fallout is at a minimum.
However, in what can only be described as a perfect storm of tragedy, MacKeeper not only advertises itself aggressively but it is also one of the worst and most harmful.
It’s success comes from a strong media presence and- oddly- high praise from people like Macworld magazine.
The biggest issue with this (and all other applications of this type) is that it takes a lot of things for granted and a lot of assumptions about files you should and should not have. There is many a time these utilities will assume that because a particular file hasn’t been updated in awhile it must be redundant and suggest to you that it should go.
A better way- a manual way- is to leave these files alone until they can be linked to a problem.
MacKeeper also has a very bad habit of monitoring your system and this has actually lead to system degradation- the very thing it is supposed to prevent.

Honestly I would rather participate in a dance marathon with my shoes full of broken glass than install applications like these. They have never worked. Never!

So I bet you are wondering why am I so anti these applications? Well it’s for no greater reason than I have had to repair many macs that have this installed and I am beginning to see more and more macs with it installed.

If you have downloaded MacKeeper I urge you to remove it using the procedure Remove MacKeeper because this is the best way. If you try and remove it in any other way it can cause further issues.

Permanent link to this article: https://macservicesact.com.au/dont-keep-mackeeper-3/