Why does competition come in the form of a soulless copy? 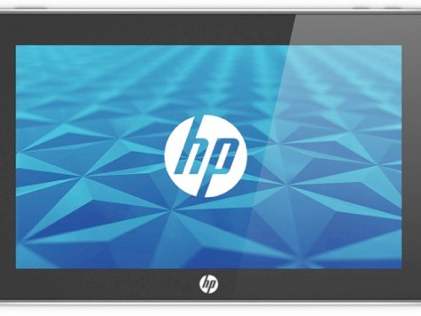 Competition. Everyone seems to agree that competition is a good thing. Competition, the supporters claim, leads to better service, cheaper prices and better products.

Well I have my own view of these claims. I have seen competition lead to trashy and bland food because the food companies need to compete to bring seasonal food all year round. God forbid we should get strawberries only when they are in season!

I have seen competition lead to a fragmented and disorganised telecommunications network that really is no use to anyone.

Its true competition can lead to lower prices and this is a good thing but in the service industry especially this nearly always leads to bad service because no one can afford to pay decent technicians or any technicians for that matter!

Competition, I assert, is not always a good thing.

But its bland rip offs dressed up in a cheap suit and called “Competition” that makes me shudder with disgust most of all.

Why is it impossible for companies to stand on their own two feet?

Why can very few IT companies actually take the lead?

What do I mean by this? Well I could go on and on about the iPhone and the cookie cutter dough copies that have come out since. Or I could drone on about the MacOS and Windows peeking over the fence and adding the same features sometimes ten years too late to their Windows OS… but instead I’ll use the tablet computer in an attempt illustrate my point.

The tablet computer has been around for well over 15 years, I had one in the mid 90’s.

It was a DELL and it had a stylus and some cool features but it was slow (well OK this was the 90’s) and it was running a full version of Windows 95 with very few special features that fully utilised the touch interface. After a few days it felt and acted like a gimmick and I stopped using it. This was pretty much the story for all tablet computers then and since. It seemed no one could get it right and no one was making any money.

Then came along the iPad.

Most people said it would fail, most – like me – remembered the  DELL and its kin and just shook our heads and waited for it to disappear like all the others. But it didn’t. It took off like nothing else before and in just 18 months it has become the most successful tablet in history and one of the most successful IT products…full stop!

So what does DELL do?

What does Blackberry and HP do?

Do they look at the iPad and build on it? Do they improve and supersede?

I saw the launch the latest HP tablet and honestly it was like looking at an iPad beta. Same pinch and zoom. Same on screen keyboard! Same access to photos (layout almost identical) same access to the address book (layout, well you’ve guessed it) Same use of tan accelerometer to make things move, even the same shape. About the only thing different was it had a camera. Wow, I wonder how many technicians and designers they had to lock in a room to come up with that one!

What makes it even worse is the fact that these hand wringing loonies at HP were demonstrating this like it was new. They were showing off to – no doubt paid – standabouts who looked genuinely surprised by this product which lead me to think that they were either paid very well for their acting skills or they had been plucked off a desert island somewhere and bunged into a suit just for this occasion.

Am I saying that the iPad is the best? Well if I am honest I will have to admit that the iPad leaves me a little cold. I am doubtless that it has it’s place and for some it’s all they need but for my money….meh!

But it was the first and it set the standard.

I want desperately to see HP, Dell,Motorola come up with better-innovative-products. Rather than getting on the band wagon and being an also ran-invent their own band wagon.

It can be done, Microsoft-of all people-have proved this by coming up with their very own and innovative Windows phone 7 interface.

It’s bold, it’s fresh and they have dared to be different.

Only trouble is it’s not selling.

Permanent link to this article: https://macservicesact.com.au/why-does-competition-come-in-the-form-of-a-soulless-copy/