Tethering your iPhone (death to the dongle)

Siri and her commands 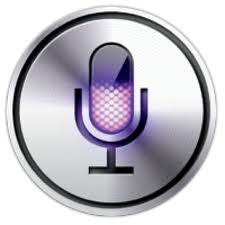 Without putting it over dramatically Siri is a giant leap forward in AI. Many people think its just voice dictation and if that were true it wouldn’t be worth me mentioning it. Android and Windows Phone 7 (WP7) has had this built into the phone for ages now and google search has been available as an app on the iPhone for at least a year.

No Siri is more, much More.

There are claims that WP7 has had similar features for a year or so; namely TellMe but this side by side test proves that while WP7 might have it built in its flaky and almost useless.

In much the same way email and browsers were in smart phones in 2004 but were so pathetic no one even bothered to use them.

Siri does actually use natural commands and considering this is just beta the future looks very bright.

Because it uses natural speech it almost impossible to each exactly how to make it work.

Here is a sample of just some of them…

Set up a meeting at 9am

Creates a calendar entry at 9.00am

Set up a meeting with Karyn at 12pm

Set up a meeting about bill payments next Wednesday at 4.30pm

Cancel my meeting with Karyn

Deletes the scheduled meeting with Karyn

Moves the meeting to Friday at 6.00pm

What does the rest of my day look like?

This will list all your meetings for that day

What is my next appointment

Will read out your next scheduled appointment

Have fun and remember this is beta so vast improvements are on the way.

Permanent link to this article: https://macservicesact.com.au/siri-and-her-commands/