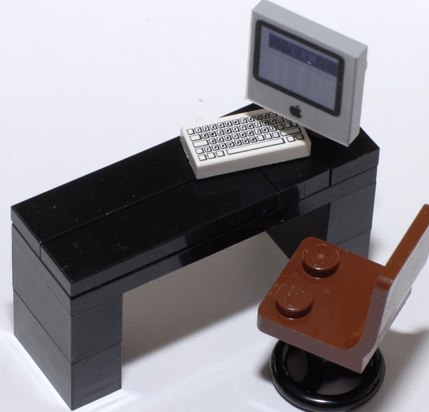 Truth is the iMac and the iPhone are just as capable, if not more so, than a Windows PC – anywhere, doing anything. And I don’t say this lightly or with Apple coloured glasses. I say this because I have seen it time and time again and, when given the chance, I have proved it as well. The same Joy (yes actual joy) that some of my clients have felt after moving away from Windows can be felt at the office as well. These people struggled and hated their Dell or HP for years before finally moving to Mac and now – years later – they are still enjoying their computer. Yet I still have clients that use Apple at home but think that in order to share files and do business with everyone else they must have Windows at work and this is not always the case.

Often the perception is Apple is more expensive but many studies (here is just one of them) have shown that while the initial price tag might be higher the included – fully functional – software as well as the lower cost of maintenance, means you get better value in the longer term. If, by example, you are thinking of putting a server into your office, a fully functional Mac server is $1099.00 and that is with unlimited licences. A Windows server (a cut down SBS version that is) will cost that much for the licences alone – never mind the hardware AND the OS!

Then there is the old, “nothing is compatible” argument. This one really is very old as Office documents have been cross platform for many years and as of last year, with Office 2011, the look and feel is now almost parity between Windows and Mac versions. Like it or not – and despite recent articles to the contrary – Microsoft Office is still the poster child for office productivity. If you don’t use Office you need to be using something that can open Office files and save them without losing formatting or function. Personally I use Pages but I concede that to get the best possible results businesses should use Microsoft Office 2011 for Mac.

With Office installed there is very little else a business needs to do in order to mix it up with other businesses that are still using those virus collecting boxes of evil.
Picture formats are generic, email is standard and the web (in most cases) is agnostic. In the few cases where a web page doesn’t play well with Safari there is always Firefox and Chrome to get you by. And don’t think this is a problem just for the Mac. Internet Explorer 9- for example- still doesn’t work well with some government websites.

There may be times when you need to run a specific Windows application and there are no Mac alternatives. If this application is central to your business then really you need to stick with Windows as your business platform – you really shouldn’t be using virtual computing for the majority of your work. But if its a once in a while thing then Vmware, Parallels or VirtualBox (which is free) will allow your Mac to do that little chore as well.

To illustrate the point even further, Apple have just posted a page that elegantly demonstrates the iPhone in the enterprise space and it really does highlight what is possible.

As always, if you want more information or you have decided to move away from those afore mentioned boxes of doom ; please drop us a line and we can arrange to sit down and have a chat.

Permanent link to this article: https://macservicesact.com.au/apple-at-work/