Taking your iPhone on holiday 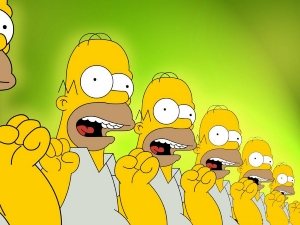 When IPhoto was released it was called the “digital shoebox” in which to put all your photos.

It has moved on since then to allow you to sort and share in all manner of ways it is essentially remains the dumping ground of all your photos – just like that shoebox you used to use back in the 80’s.

But in the 1980’s you wouldn’t have had duplicates made only to throw them in the same box! That would be insane! Surely you wouldn’t, on purpose, force yourself to rifle through twenty copies of uncle Pete sun baking with nothing more than a tea towel to protect his dignity? No, of course not, but it seems iPhoto has a habit of duplicaing your photos for you so digitially at least you have to suffer Uncle Pete and his sun burnt head.

If you have duplicates in your iphoto library there are a number of ways to tackle this issue; some cost, some are scary and some are free.

The method that costs
Duplicate Annihilator does just what says. A clean easy to use interface that scrubs through your library and users several criteria to mark photos as duplicates and then put them into a category of their own. From here you can double check that what Duplicate Annihilator has decided is supurulous is just that you can delete them. 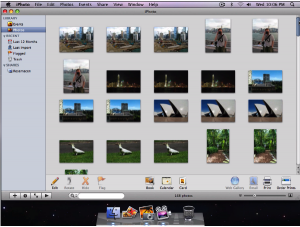 The scary method
iPhoto has a built in check for duplicate photos that sometimes fails. The way to give it another chance to get it right is to create a new library and reimport the photos. This is NOT the best method if you have a lot of albums or events that you don’t necesaryly want to lose.

1. Go to the Pictures folder and move the iPhoto library file to the desktop.
2. Holding down the option key, launch iPhoto and when prompted create a new library in the Pictures folder. It will then open with a clean library with no photos at all. (that’s the scary bit) 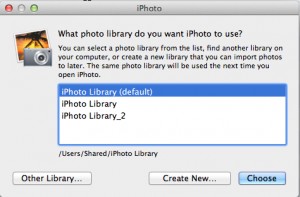 3. Now choose Import to Library from the File menu and locate the library on the desktop and import your photos. When it finds a photo that is duplicated it will ask you what you want to do. The secret here is say Don’t import and click Apply to all duplicates 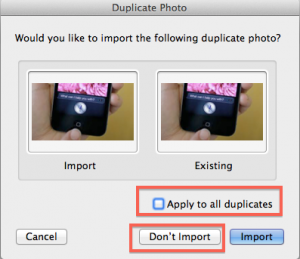 The method that is free
This AppleScript, appropriately named iphoto remove duplicates does the same job as Duplicate Annihilator without the slick interface or the price tag. Simply download and launch. Then, depending on the size of your library, it will eventually place all duplicates in an album of their own where they can be safely viewed and/or removed.

If you have duplicates and your library is likely to grow it is a good idea to do the work now and rid yourself of this burden. A large iPhoto library can be a difficult cart to pull so getting it well oiled and tight as soon as possible is the best thing you can do.

Permanent link to this article: https://macservicesact.com.au/remove-duplicates-from-iphoto/