Removing words from your Mac Dictionary 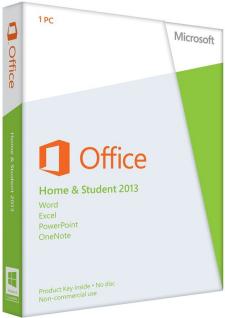 UPDATE: Microsoft announced on tbe 6th of March 2013 that licences would now be transferrable.

Microsoft have been known for producing software that is essential but annoying to use. I can’t think of many titles that have managed to muster up quite as much hatred as the ‘Ribbon’ interface design of Office 2010 for Windows.

It was, and still is, simply the most ridiculous interface concept since, well, since ever! Even Microsoft admitted they had made a mistake – but they pressed on with it. Bless ’em.

But something even has just been added to the End User Licence Agreement for Office 2013.

The EULA has just been modified so when you purchase Office 2013 and you install it on your PC it will be linked with THAT PC for ever. What does this mean in real terms?

Lets say your PC dies and you but a new PC… you cannot re-install your copy of Office 2013 onto this new PC, you have to buy a BRAND NEW copy for the new PC to remain legal.

Life just got very complicated and expensive for Windows users and while there hasn’t been any word on whether this disgustingly greedy and stupid practice will make its way to the Mac version of Office, I am betting it will.

Why are they doing this?

Well its likely to force their Office 365 (Office in the cloud concept) onto all of us. Personally I will just use Pages or Open Office. Microsoft won’t be getting any of my money anymore.

Permanent link to this article: https://macservicesact.com.au/office-2013-just-got-very-unattractive/