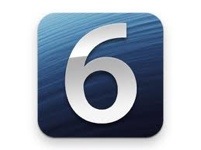 iOS6 is on its way and it promises to make any iPhone – large screen or not – even better.
As usual Apple touts over 200 new features and as per usual they only talked about a handful at the recent WWDC to whet our appetites.

Oh well, more sleepless nights wrestling with my recently upgraded iPhone looking for all 200 I guess.

Maps.
It has taken Apple a a couple of years but they have finally kicked google in the pants in retaliation for copying the iOS and calling it Android. No longer will the biggest user of mobile data (aka iPhone and iPad users) be using google maps, instead iOS users will use Apple’s own map service. It works faster than google maps and with a feature called Flyover it looks better as well. Apple have also built in traffic reports, incident reports and Turn by Turn navigation (think Navman or Tom Tom) all controlled by Siri. Its mouth watering!

Siri.
Siri has been to school over the last couple of months. She has been tutored in sports (snore), movies and restaurant locations and she has been linked into reservation services as well as cinema timetables and the afore mentioned Maps. You can ask her what the score of a particular game was or what the kicking average of a particular player is. You can demand to know what movies star- for example- Robert Downey Jnr and so on. But for Australia the news that all of this has – finally – been made international is very welcomed. For the first time since Siri was released we down under can ask Siri where the nearest Pizza place or steak house is or ask her the directions to the airport.
She has also been given a guided tour of the iPhone itself and can now launch applications. Simply by saying- for example- “launch Pages” will bring up Pages. So if you are like me and you have over a hundred apps on your phone this will be a God send.

Phone.
The phone part of the iPhone has been given a new look along with some great (if not late coming) features. When a phone call comes in you can answer it (so last year!) or you can tap an icon that can, among other things, bump the call and reply with a quick message or remind you to call them back later. Back in the 90’s my Nokia would automatically send calls to voicemail if they weren’t in a particular group. Now in iOS 6 there is a Do Not Disturb feature that will automatically bump all calls or allow only those people on your favorites list to get through. As well as getting your life back, no longer will you be awakened by an email from LinkedIn at 3.30am or an SMS from your friend in the UK.

The others.
You can now make Facetime (video chat) calls over the mobile network, safari is faster, email has been improved and it is easier to share photos using Photostream.

The new OS should be available in September and, as usual, its free. So while you wait, have a more detailed look at the Apple website and set your alarm – using Siri of course.

Permanent link to this article: https://macservicesact.com.au/new-ios-6/