What to do when your Internet stops working 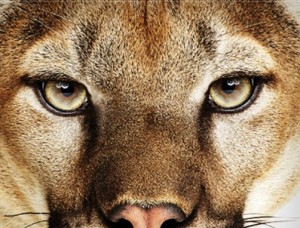 You might be forgiven for thinking that you’ve been here before but trust me, you haven’t.

Its true that regular readers of this site will vaguely recall another article on Mountain Lion not that long ago but a lot has changed since then. Enough anyway for me to want to share the news again.

In July Apple is set to release the 9th version of OSX – Mountain Lion – but yesterday they released Preview 4 for Developers and, it is claimed, this is a near final release standard.

In my previous article I went on about how fast it felt and how smooth the new animations seemed and I am happy to report that none of that has suffered as the code has been tweaked and re-written. It honestly makes my Mac feel as fast as I always knew it could be but sadly never was using Lion.

I also blabbed on about how I was skeptical that features of the iOS were creeping into the desktop Mac but in the light of the fiasco of Windows 8 my objections seem a little unfounded.

During the recent WWDC Apple highlighted a few key features of Preview 4 so naturally as soon as I was able to download it I set about seeing for myself and I have to say I am delighted. And I think you will be too.

Apple have always offered a separate function called “Speakable Items” and while it will allow you to operate your Mac with voice commands (for example saying “Open Mail” launches the Mail application) it has always been flakey and lumber-some. I am a tragic Star Trek nerd and I would love nothing more than to control my Mac via voice but I just cannot bring myself to use this half baked feature. For years now Dragon Dictate has given you the ability to operate your Mac with voice commands plus a very robust voice to text feature. So you’d be forgiven for thinking that the new Dictation offering is something of a let down, especially as it still leaves the interface controlling to its half-witted cousin “Speakable Items”

But if we ignore the fact that the Dictate feature is only half the feature it could be then Dictate has some distinct advantages over Dragon. Unlike Dragon Apple’s Dictate feature doesn’t clutter the screen with palettes and dialog boxes that always seem to get in the way, it simply pops up a little microphone icon where the cursor used to be when you press a hot key on the keyboard. And while Dragon Dictate has no hope of ever deciphering a command using just the internal Mic on the Mac Dictation has a bloody good go at it. But I had to shout to get accuracy so in the end I had to turn to my headset Mic so it wasn’t exactly Star Trek after all.

To test it out I grabbed a book and read the dust cover. As it turned out there was a number of odd words and names in this text and for a system that relies on no voice training at all it did a very reasonable job.

Once a proud senator in Imperial Rome. Marius was kidnapped by the druids and made a bloody God and protector of the Queen and King of the vampires. Through his eyes we see the four of pagan Rome to the Emperor Constantine, the horrific suck of the eternal city at the hands of the Visigoths, and the vile aftermath of the Black death.

Ultimately restored by the beauty of the Renaissance, Marius becomes a painter, living dangerously let yet happily among the mortals, and gives his heart to the great master Botticelli, to the bewitch in court as I am Bianca, and to the mysterious young apprentice armband. But it is in our old time, deep in the jungle, when Marius will meet his feet seeking justice from the oldest vampires in the world.

At long last Apple has figured out how to unify iMessage on your iPhone (or iPad) and your Mac. Whereas in previous versions of Mountain Lion my desktop initiated chats went no place at all they now appear on my idevice, ready for me to continue the chat I started in the car at my desk. 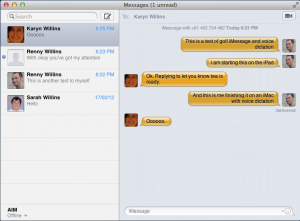 The look of iCal has improved slightly giving us back the calendar sidebar and they have removed the Reminders function, moving it instead to the new Reminders application. Makes sense I suppose! When creating a reminder on the Mac you can now include location as a prompt. So, for example, if you know you need to call your significant other as you leave the house you can set the reminder on the Mac rather than fishing out your iPhone. 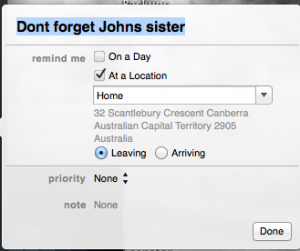 If you’ve never used this function on your iPhone I urge you to start. Rather than trying to guess what time you are going to leave or arrive, let the phone’s gps function do it for you.

There really is very little to say about the new safari outside of it is much, much, much faster than any other previous version.

It has a combined search and address bar window which is nice but hardly new and It has a Do Not Track function which can surely be labelled under – its about time!

It also has some iCloud goodness tossed in into the mix in the form of iCloud Tabs. Now, if you have been surfing all day on your iPhone or iPad (running iOS6), your browsing history will be synced to your desktop. So now you’ll never have to think you’re crazy when you cannot find that website you were SURE you saw on your Mac. (but in fact saw on your iPad)

But the best thing about Safari is it’s fast. Did I mention that?

Now you can save documents directly to iCloud from Pages, Numbers and other Apple products. This is great if you use an iPad or iPhone to edit those kinds of files but it won’t be truly a killer feature until other developers support it. 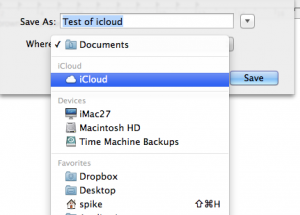 There is now a definate lag when you attempt to drag an icon from the dock. I am not sure if this is an improvement but it’s true that may people lost applications from the dock because their finger slipped over the dock. Clearly that’s not going to happen anymore- you have to WANT to drag that icon off the dock- but it’s a bit annoying for those that don’t suffer from this special kind of palsy. Perhaps a sliding scale to adjust sensitivity? 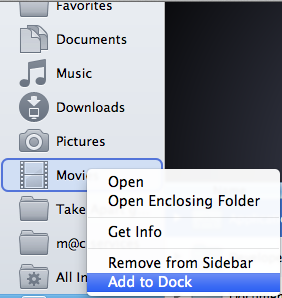 You can check out all 200 new features here at the Apple website. And if you are as eager to install the update as I am, make sure that your mac is ready by visiting this very hand website.

But you know the best thing about all of these new features and tweaks? Can you guess why Mountain Lion has very swiftly reminded me why I am a Mac user and not a Windows user?

It is because all of these features are incorportated, simple and none of them are in your face. They have pulled off the best trick in the book. They have given you many new toys without spoiling the view.

Permanent link to this article: https://macservicesact.com.au/mountain-lion-preview-4/