New iOS 10 feature is not as daft as you think 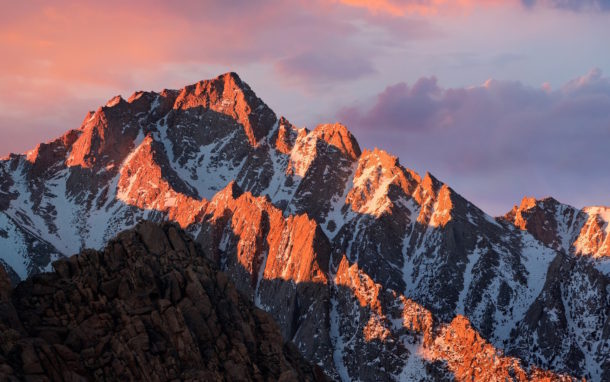 For the first time ever, Apple are automatically downloading Sierra to your Mac ready for install.
Of course this can be ignored and your mac left untouched. However a lot of people are installing the OS update thinking it is just one of those regular updates that pop up from time to time without realising they are installing a completely new operating system.

So, to those that installed the update… relax, it seems everything will be fine. I have taken the plunge myself and I have quite a bit of old and quirky software, all of which seems to work just fine.

For those that haven’t yet taken the risk I say, go ahead and this is especially true if you are currently running 10.9 and older. If you are still on 10.6.8 you might have some software fallout but this is going to happen soon anyway so you may as well get it over with.

Who can upgrade?
The first thing to note is that this upgrade is limited to models 2009 and older. So, yes, I am sorry to say your 2007 iMac or MacBook is now on Death Row. But fear not, Apple tend to support their OS for a few years at least… 10.9 is still getting updates.

To find out what you have, go to the Apple menu and choose About this Mac.

How and where
The upgrade is available from the AppStore or you may find that the Install Sierra application is already sitting in your Applications folder patiently waiting. Double click on this (after you make sure your backup is up to date of course) and you’ll be guided through the process in the usual way. It takes about 60 mins.

What’s new?
The first thing you’ll wonder is… has the upgrade worked? The look and feel of the OS really hasn’t changed all that much, but the functionality and productivity sure has.

Siri
Siri is now, at last, thank God, about time, on the Mac. By default you’ll see a new Siri icon in the dock, as well as an icon in the menu bar.

Clicking on any of these will release Siri’s fury and you can pretty much ask her to do anything. 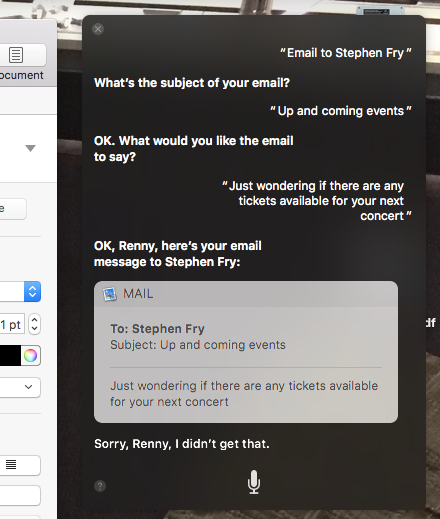 Saying “When I arrive at home remind me to call my wife.” will see a reminder created on the Mac that will also, thanks to the black magic of iCloud, make it’s way to my iPhone to make sure I call her as ordered. Thus keeping her happy and saving my life into the bargain. 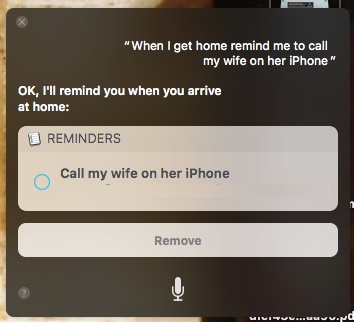 “List all the PDF’s about Donald Trump”  will list them and then, if it has any decency, delete them. 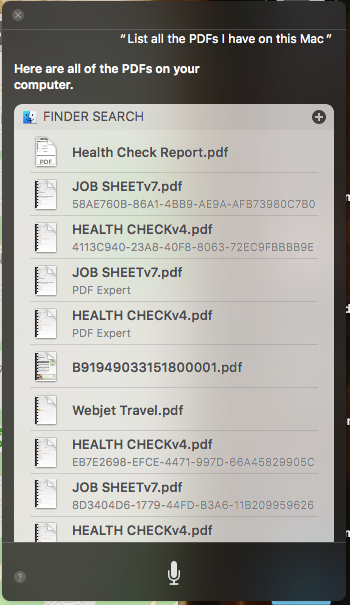 Hint: Go to System Preferences / Sound / Input and check Use ambient sound reduction and this will help Siri understand you in a noisy environment.

Apple Pay on the desktop
This feature is limited to a few ANZ and AMEX customers because the rest of the banks are too stupid, rigid, greedy or dull (your choice) to adopt Apple Pay. A system I hasten to add is now available in Russia, is still held up by the three of the big four banks. It has been over 2 years now!
With Apple Pay now baked into Safari, if you see something you want to buy (and that merchant supports Apple Pay) you can simply use your Watch or iPhone to pay for it. No more entering banking details.

Unlock with Apple Watch
And speaking of Apple Watch… you can now have your Mac automatically unlock as you approach if you wearing your Apple Watch. No more entering your password 500 times a day. This however is limited to newer Macs that support later versions of Bluetooth.

Documents in iCloud
Unfortunately this relies on a good quality internet and this, like a flexible and progressive banking system, is open to only the select few. Roughly speaking when you install Sierra you’ll be asked if you want to store all your desktop items and documents in iCloud.
However, before you say “yes” think about what this might mean.
Firstly, now much data is on your desktop or in your documents folder? Personally my documents folder is 251GB and that would kill my iCloud folder (unless I bought a 1TB of space at $14.99 a month) and then there is the question of internet speed and reliability.
And we all know how iffy that is.
In theory the idea of having all my documents available to me no matter what device is fantastic.
It is just a shame that it relies on Australia’s internet infrastructure… which sucks.

Hard disk management
Aside from the phrase ‘There are so many passwords these days’, the other I hear most often is ‘I am sure there is a lot of rubbish on this mac,’.
Sierra’s new disk management feature will throw some much needed light on these files that lurk in the shadows, getting fat and taking up precious disk space. But like most other automatic disk cleaning tools this can be a blessing or curse because the software can sometimes make suggestions that, should they be followed, lead to disaster.
I will give you a classic example, but first lets look at the feature in action.

1. I go to the Apple menu
2. Then I choose About this Mac
3. Then I click on the Storage tab and then Manage… 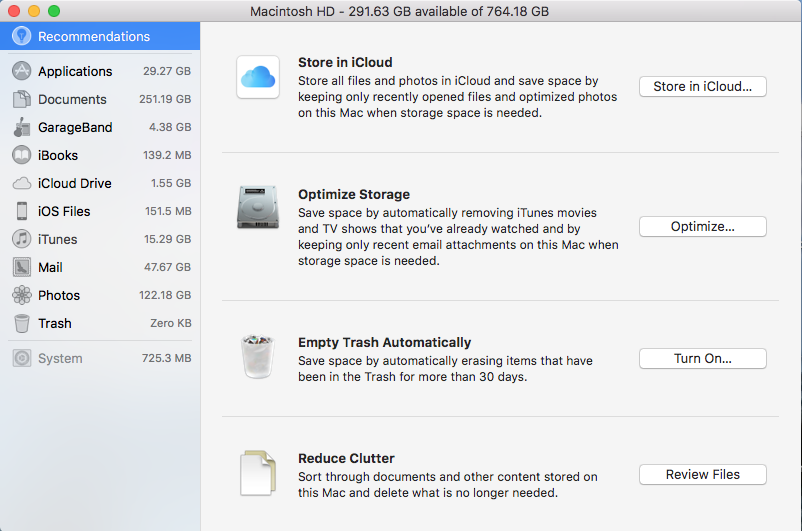 The first thing you’ll see is the offer to Store your files in iCloud, see comments above.

Next, there is Optimise Storage. Clicking on the Optimise button you’ll see that it wants to automatically remove watched movies and TV shows and only download recent attachments. This seems like sound advice, just keep in mind if you want to watch that movie again you’ll need to download it.

Empty Trash Automatically. Again, this is a good move and safe to turn on. Trash should be emptied immediately anyway, in my humble opinion, and  if the Mac is going to do it for you, all the better.

Reduce Clutter is possibly the most dangerous option.
Clicking on Review Files and you’ll get a list of all the files, grouped according to type, that are taking up space on your hard disk. Remember my Documents folder? The one that’s 251GB. Choosing this lists all kinds of files and some of these are huge. 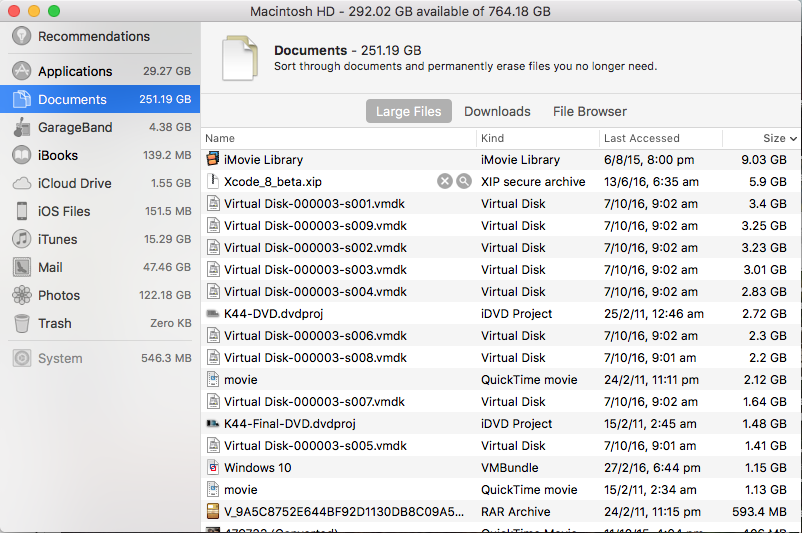 The temptation to trash these files and eliminate all that digital flab is very strong. After all, haven’t they been highlighted as electric sheep (apologies to Philip K Dick) for slaughter?
Well the thing is these files are very important and if I did remove them there is a good chance I would cripple one of my most important applications.
As I said earlier… software like this makes dangerous assumptions.
What it does do is break down your clutter and a casual scroll through the contents can reveal all kinds of obvious and recognisable hogs that can be deleted without issue. That movie I made for cousin Martha who no longer speaks to me. Deleted. That MYOB backup from 15 years ago. Deleted.

Last, but certainly not least, are the changes made to Photos.
No, don’t worry it hasn’t changed completely like it did with the introduction of Yosemite. This is a far gentler collection of changes, designed really to eek out even more meaning from your photos.

Upon first installation the Photo app will re-index all your photos and this will render your mac very sluggish indeed. Don’t worry, it will pass.
When it’s finished you’ll have your photos grouped in such collectives as Memories and Places.
Memories, as the name suggests, are collections of photos with a common theme. 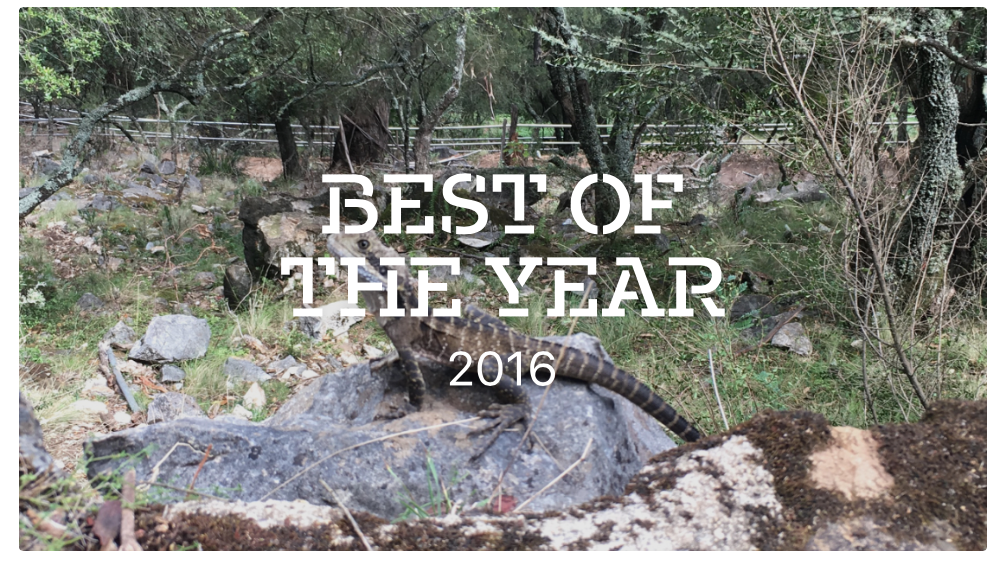 And since these photos can be dragged from the very dustiest corners of your albums you might very well see a photo you haven’t seen in ages. These groupings are guaranteed to make you go “awww”

Places, a feature from years back actually, has been reintroduced. Simply a map of the world containing all the photos with location information. Very cool indeed. 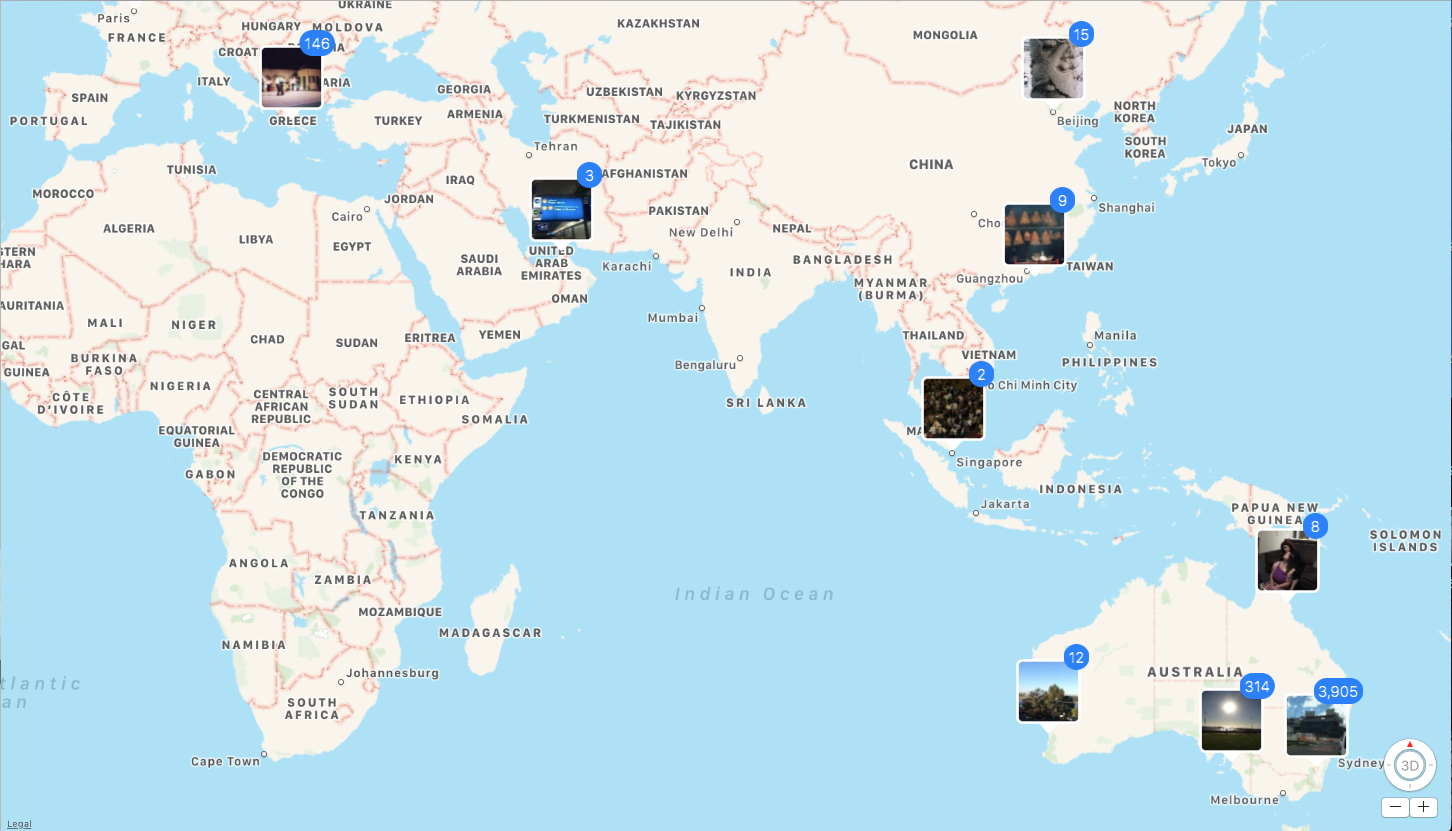 All things considered I think Sierra is a good update and unlike years gone by where I recommended a considered wait and see attitude, I have no hesitation in recommending it to anyone who is currently running 10.10 or 10.11.
My only concerns are really on how many of the new features rely on technologies that belong to the greedy and stupid (aka the Banks) and the utterly disorganised (aka NBN)
However, until they get their acts together there is plenty to enjoy about Sierra.

Permanent link to this article: https://macservicesact.com.au/macos-sierra/