Why do these applications keep popping up? I don’t know about you but when thinking about spending nearly $500 on a watch I’d want to think long and hard about it. After all, its only a watch! I mean, telling the time can come to you for the princely sum of $10.00 and adding (in the case of the cheapest model) $489.00 doesn’t make the time any different. It’s not like expensive watches make the good times drag on and watching an Adam Sandler movie disappear in the blink of an eye. Time is time.
But of course, like any other piece of jewellery, the first consideration is how it looks and second, especially when this jewellery is supposed to do stuff – how well does it do it. I think there is little debate that in the looks department the Apple Watch is a winner. Even if, looking at the pictures, it seems thick and clunky, in real life it doesn’t seem to feel that way. On the wrist its a dream to wear and is extremely light, the screen is clear and bright and the straps comfortable. I have to admit though there are better looking watches (both smart and dumb) out there but in the case of “doing the smart stuff” the Apple Watch gets the mix right.
Not perfect, but on balance – right.
To my eye the Moto360 is a better looking watch but the very thing that makes it a good looking watch makes it a bad smart watch. The round face doesn’t lend itself well to using the screen for anything other than telling the time and the software is buggy and limited.

So, if we can say the Apple Watch is not a bad looking watch and that some of its design is purpose built to make it functional as a Smart Watch  then surely the next question is… does it make it as a Smart Watch?

Well as it turns out, just as there are better looking Smart Watches out there there are also “smarter” Smart Watches than Apple’s little wrist hugger. But when looking at the competition I must say I have seen more attractive things left on the ground after a rodeo than the Fitbit Surge or the Microsoft Band – some of the smartest out there.  Either functionality AND good design is impossible or companies like Microsoft and Android design their stuff without ever once asking someone “How does this look?” After all, along side function, a wearable has to look good. If you intend to wear this thing outside of the gym or running track it has to look like jewellery and not something people wear when they are under house arrest.

I have had the misfortune of setting up a FitBit band and their bathroom scales and so I found the setting up of the Apple Watch a breath taking experience. As soon as the watch is powered on you are prompted to open the Apple Watch App that has been squatting on your iPhone since iOS 8 was released. 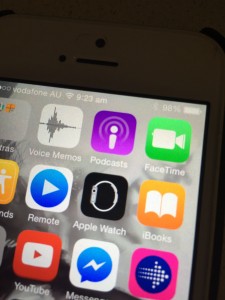 After choosing your language a glowing glittering globe appears that invites you to use the iPhones camera to pair the phone to the watch. This has to be one of the coolest setting up experiences I have ever witnessed. So good in fact I had to hold myself back from resetting the watch back to factory settings just so I could do it all over again. Next you are asked if you’d like to set up your Apple ID on the watch and, as this is your gateway to all that Apple has to offer, its a good idea to do so. 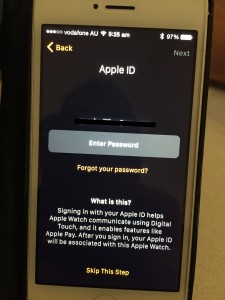 Finally enter a  passcode of your choosing and the watch is yours to use. Once set you don’t have to enter the passcode again until the watch loses contact with your skin. In a way the Apple Watch is an accessory for the iPhone (with one or two exceptions), a sort of quick reference device that plugs right into the iPhone, your iCloud and Apple ID.
Entering information into the watch is strictly via Siri or by tapping through lists or buttons.To send a text you can dictate one using Siri or use some preloaded suggested like “I am on My Way”, “see you soon” – you get the idea.

If for example you wanted to call, oh I don’t know – Stephen Fry, you raise the Watch up and say “call Stephen Fry” or you use the Digital Crown to locate contacts, scroll using the same crown until he is found and select the name. If you’ve used an iPhone or iPod this will all seem very familiar.

A button on the Watch gives you your Favourites, a list lifted directly from the Favourites list in your iPhone, and the Digital Crown can be used to access menus by pressing and scrolling will display messages too lengthy to appear within the 38mm or 42mm screen.

The watch is also a perfect way to quickly check notifications that, up until now, would require you to pull out your phone from your pocket or handbag only to discover it was a tweet from the Justin Beeber fan club looking for donations to buy him a personality. Of course the Apple Watch tells the time as well with a number of different watch faces that, in most cases, can be modified to suit your particular style. 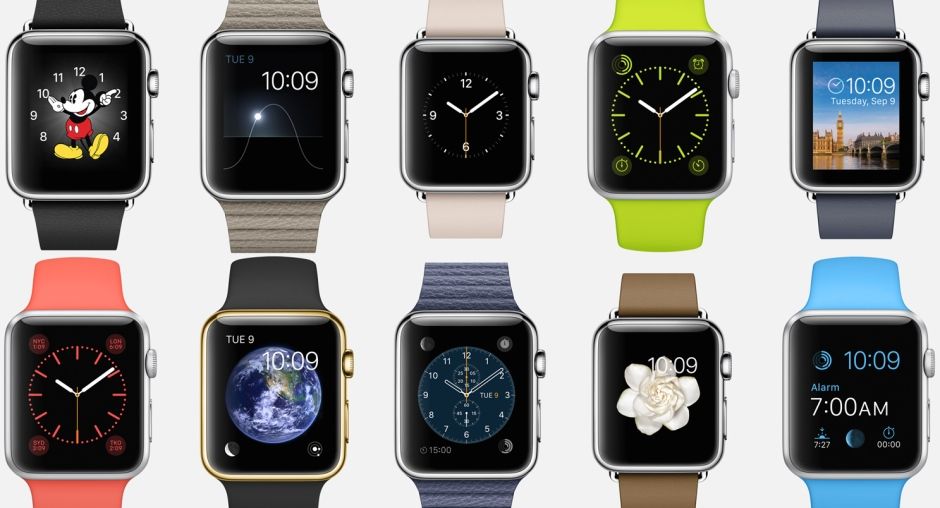 If you swipe up from the bottom of the screen you’re met with several more options from Heart Rate, Weather, Calendar, Music, Battery Life and more.

But this is all fluff. None of this plugging into your iPhone or iCloud or telling the time or notifying you when your mum calls would be worth the hefty price tag if not for the health and fitness features of the Apple Watch.

This hotly debated area seems to be the one that decides the fate of a wearable device and as I alluded to earlier; Apple may not have nailed it but they have done enough, along with beautiful design, to win the day.
The FitBit Surge has GPS and more body monitoring sensors than the Starship Enterprise but it sits on the wrist in the same way a video cassette player would. The Microsoft Band is equally equipped but is so ugly it will literally take your breath away and is so uncomfortable you will be willing to chew off your own hand to get some relief. But that said, if you are a serious fitness nut then they are the ones to buy but be sure exercise in the dark and if you do wear these ugly blobs to a party – have something with long sleeves. On the other hand the Apple Watch only has 4 sensors and doesn’t have GPS unless you take your phone with you when you exercise which kinda makes the watch redundant. So, if we agree that you cannot use GPS and it only has 4 sensors, is it any good at tracking your fitness for a normal Joe Soap. Well Yes, I think it is.

Telling the watch your age, your height, sex and weight, you can set goals and the watch monitors your progress. In an ingenious way the Apple Watch gives you three circles to fill each day and if they all get filled you’ve had a good day. You’ve stood enough, moved enough and exercised enough and wirelessly these results are recorded on your phone and graphed in such a way as to delight or horrify depending on your resolve. On the days that you want to workout, you can download music or audiobooks or pod casts directly to the watch (meaning the phone can be left at home), connect your bluetooth powered earphones and tell the Watch you want to go for a walk or  a run or whatever floats your boat. After the walk (or whatever) you can check the watch and see calories lost, steps taken and your heart rate before, during and after your hour of self torture. 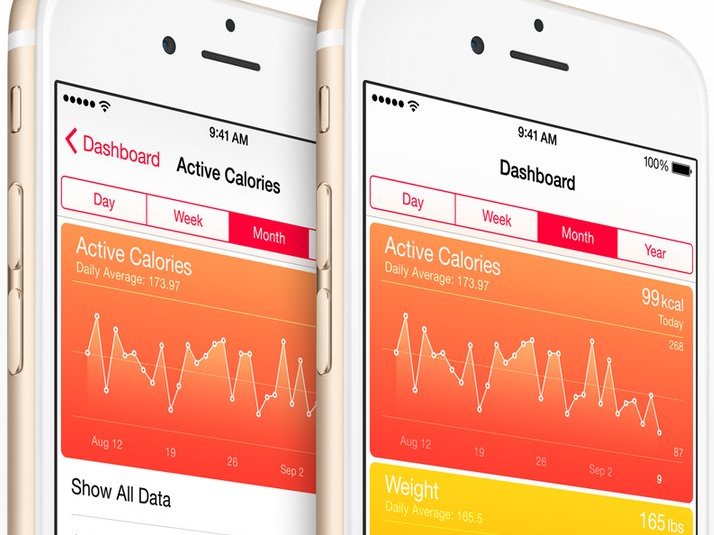 But thats not all. I haven’t talked about the Haptic Engine that gives you subtle feed back through your skin in a way that feels, at least to me, to be almost organic. I haven’t touched on the pictures you can store, the remote control of your iPhone camera or Apple TV. I haven’t mentioned  the thousands of Apps that are already available or the fact that the straps can be interchanged and are available from Apple 3rd parties that can be used to fit any occasion.

Permanent link to this article: https://macservicesact.com.au/apple-watch/