Should you buy an iPhone X

Apple is slowing down your old iPhone

In late 2017 it was discovered that Apple had been writing code in the iOS that deliberately slowed down your phone. This was first discovered with anecdotal evidence and Apple denied that it was doing anything wrong. However, and some might say inevitably, hard facts surfaced and Apple were forced to come clean.

I write this with conflicting emotions. On one hand I can absolutely see Apple deciding to slow down your iPhone when the battery threatened its stability. After all in the 90s and early 2000s they purposely put in slower CD/DVD  drives into their Macs because faster ones had a much higher failure rate. As Maxwell Smart would have said, “Its the old we’d rather it be slower than unstable. ” trick. And I agree with that… overall customer satisfaction is number one. This is why you cannot tinker with your iPhone the way you can with an Android because that tinkering will lead to instability.

But what I cannot reconcile is the deceit. I cannot imagine why Apple didn’t come clean to the millions of people who undoubtedly walked into an AppleStore and said “I think this phone is getting slower”, and tell them this is a feature and why.

So, what to do now? Do you think your iPhone is getting slower?

Well the good news is that all you need to do is have the battery replaced and it will fly like a new one but first lets see if it needs to be replaced. 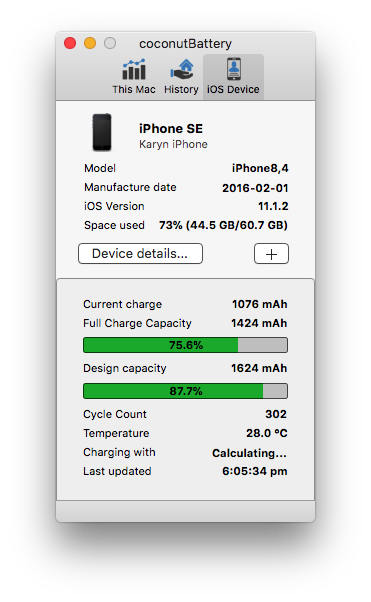 Now the next question is… where do you go to get this done? Well the answer is definitely  NOT  “anywhere is good”  because a badly fitted battery or one of lesser quality can turn your phone into a bomb. (see Samsung website for more details)

Instead, I recommend Universal Mobile Solutions in the Canberra Centre, Mac1 or your local AppleStore.

My iPhone battery is ok at the moment and so is my wife’s so for now I am going to reflect on this and move on. However I think it is worth shelving in the back of my head for when the next “ridiculous” conspiracy theory comes to light.

Permanent link to this article: https://macservicesact.com.au/apple-is-slowing-down-your-old-iphone/